← more from
Alien Transistor
Get fresh music recommendations delivered to your inbox every Friday.

Schland Is The Place For Me 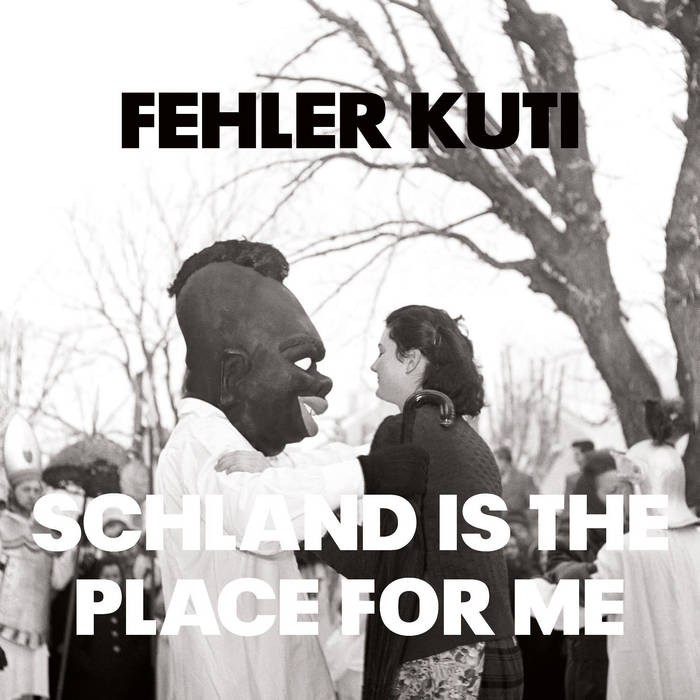 My Mate Dave This is a fantastic piece of work, pop music? or you hope its popular to spread the message. its quirky, artistic and catchy through to very rewarding.
Thanks for making x Favorite track: Mayday Mayday.

I remember the first time I read W.E.B. DuBois eclectic masterpiece The Souls of Black Folk. The way in which this Weberian scholar flowed from personal account to prose to sociological analysis to music and even political intervention has had a lasting impact on my own work as a cultural anthropologist. It made me understand that as scholars we must use different means in order to give expression to the totality of the lived experience: There is only so much in an academic text.

The experience of alienation has always been at the heart of my scholarly and artistic practice. I have used academic writing, lecturing, theatre performance and electronic improvisation to understand and represent it as a theoretical concept, postcolonial condition and lived experience. I believe, some issues need to be told like a story, some analyzed in most abstract terms and others need to be sung like a gospel. The medium changes the message.

In this sense, I guess, I’m a singing cultural anthropologist.

For some time now I have been engaged in the use of dystopian themes and sounds to paint a sonic picture of structural racism and whiteness of our present. But recently I have grown weary of this Ballardian idea of Future Now and the resulting phantasmagorian aesthetics myself and others have been invested in. The widespread availability of Digital Audio Workstations, sequencers, loopers and delay pedals has lead us into a futuristic cul de sac best described by Mark Fisher as the very absence of future.

Likewise, I am most skeptical of the “naturalist” countermovement, the return of folk. Especially in Germany, I am convinced there is no such thing as an innocent or progressive folk musical expression as it is always connected to the idea of the homeland (“Heimat”) which in turn produces the colony. It seems to me, the current zeitgeist is stuck between a “museum of a dystopian future” and a “museum of an idealized past”, but I wanted to sing about the present.

So, I involuntarily returned to pop music in its two-folded meaning of something popular and addressing not an essentialist notion of “Volk” or its woke cousin “communities”, but society as a whole.

I entered the studio just with a few lo-fi sounding melodies and rhythms from my circuit bent CASIO synthesizer. I had no clue what the finished product would sound like. But as soon as Markus started drumming, in a way strangely reminding me of CAN’s Ethnographic Forgery Series, my uptight sounds were suddenly embedded within a warmer global sound spectrum. The alien at home and abroad and the strange overlapped: We were seeing one and the same sound differently but were gently held together by Tobias’ producing.

SCHLAND IS THE PLACE FOR ME is a pop album featuring songs of alienation, not only as a tragic experience, but as a pop-cultural promise. Maybe Bill Callahan sung it best, “I am Star Wars today, I am no longer English grey”. I want those who suffer from alienation to stand in alliance with those who seek alienation, and vice-versa. A coalition, that tolerates the possibility that we are moved by the same groove for contrary reasons.

Bandcamp Daily  your guide to the world of Bandcamp

Kari Faux drops off her deluxe album 'Lowkey Superstar' plus tunes by Shunaji and Samplelov.